The youngest generation of cosmetic surgery patients, including those born after 1980, is on the rise, The Huffington Post reports.

According to information from American cosmetic surgery organizations and Canadian cosmetic surgeons, the number of patients aged 18-30 has dramatically increased in recent years.

More Youth Choosing Cosmetic Surgery in US and Canada

Dr. Michael Weinburg, who has a surgery clinic in Toronto, says that over the last ten years he has seen the number of patients under 30 more than double. These “millennials” are choosing to have their cosmetic surgery earlier than previous generations, boosting overall numbers and making the procedures more generally accepted.

One Canadian patient, Sonia Van Burgsteden, said that her decision to have breast augmentation has been an excellent choice. “Ever since I got my plastic surgery, I have been happier with myself — my overall self-esteem and self-confidence has improved. I always felt beautiful on the inside,” she stated. “But now I feel beautiful on the outside as well.” 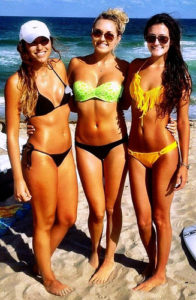 According to the article, the most popular procedures among women in this younger generation arebreast augmentation and nose jobs, while generation Y men are choosing to have breast reductions.

Teenagers aged 13-18 are also seeing a rise in the overall number of patients seeking cosmetic surgery. The most common procedure for these patients is nose reshaping, then breast reduction for males, ear surgeries and liposuction. At two percent of all cosmetic surgeries, teen procedures increased by 5% last year, though are still not at the levels they were before the recession.

Many experts believe that the increased influence of social media and the way it has changed social interactions has had a strong influence on these developments in the younger generation. With more photos available more publicly now then ever before, people are making their self-image a greater priority.