Additional functional benefits can often be gleaned from some cosmetic procedures, according to TampaBay.com Artcle 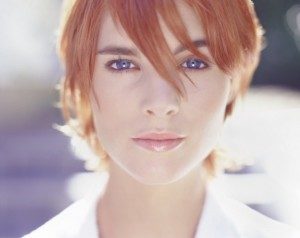 When 74-year-old Mary Lou began experiencing vision issues from droopy eyelids, her daughter suggested seeing a plastic surgeon for a functional blepharoplasty. Blepharoplasty, or eyelid surgery, is a facial procedure in which excess skin is removed from around the eyes to open them up. While it can be cosmetic, for patients like Mary Lou who experience vision issues, it can also improve function.

When she first thought about plastic surgery, Mary Lou was apprehensive about any procedure. She says she always thought she would age gracefully. But after some gentle encouragement from her daughter, she realized the benefits she would gain from functional blepharoplasty were too great to pass up.

In her consultation with her plastic surgeon, Mary Lou learned that the cost of her functional blepharoplasty would be covered by Medicare since it was deemed medically necessary. During her consultation, Mary Lou also decided to undergo a laser procedure to improve the look of puffiness under her eyes. This procedure is considered cosmetic, so Mary Lou paid out of pocket.

Mary Lou is not alone in choosing plastic surgery later in life. According to the ASPS, nearly 85,000 plastic surgery procedures were performed on patients over 65 in 2010, a number that continues to grow.

And though some may worry that being older puts a patient at a higher risk for complications from surgery, research shows this to not be true. A report published last spring in Plastic and Reconstructive Surgery found patients over 65 were at no higher risk than younger patients.

We encourage you to learn more about how plastic surgery options can improve your function, self-confidence and way of life. Please join the mailing list of Beverly Hills plastic surgeon Dr. Aboolian