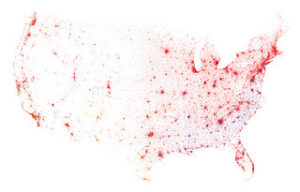 In addition to being the longtime leader in cosmetic surgery innovation, the United States was recently shown to be the world leader in number of cosmetic procedures performed. Breast augmentation was the most commonly performed surgery.

As reported by The Huffington Post, the United States now leads the world in several areas relating to cosmetic procedures, both surgical and non-surgical. This report was based on an international study that was performed in collaboration with surgeons and organizations around the world. Over 20,000 surgeons were consulted, representing a truly thorough level of investigation.

US Leads in Surgical and Non-Surgical Cosmetic Procedures

With over 3 million cosmetic procedures, the United States once more brings home the gold medal in both the surgical and non-surgical categories. US surgeons performed over one million cosmetic surgeries during 2011, and over 2 million non-surgical procedures. It also has the most licensed surgeons (nearly 6,000), and was the world leader for lipoplasty, breast augmentation, blepharoplasty, as well as tummy tucks.

The most popular American non-surgical cosmetic procedure was Botox Cosmetic, which was also the overwhelming world leader. These injections, which help minimize and prevent facial wrinkles around the eyes, nose and mouth, accounted for more than a third of all non-surgical procedures worldwide. Other popular procedures were facial fillers and skin treatments.

Interestingly, the most popular American surgical procedure was breast augmentation, though it was not the most common surgery performed worldwide. That distinction belongs to lipoplasty or liposuction, which accounted for nearly 20% of all international cosmetic surgery.

The article also credited some of the rise in cosmetic procedures to the increasing popularity of internet coupon sites that offer patients promotional offers for both surgical and non-surgical procedures.