With the increased attention following her recent marriage and announcement of her pregnancy, Kate Middleton’s face has gained tremendous prominence, and her nose is now the world’s most-requested plastic surgery feature.

As reported in The Daily Mail, people are clamoring for Kate Middleton’s nose this Christmas season. Though it is believed that the Duchess of Cambridge has never had plastic surgery herself, she has now broadened her influence to include both fashion and cosmetic surgery trends. Women are reported to be particularly attracted to her natural-appearing look. 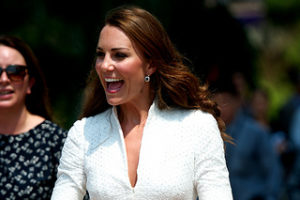 With this striking increase in press coverage of Kate Middleton’s face, requests to model new noses after that of the Duchess have tripled this holiday season. These rhinoplasties, or nose jobs, are not intended to actually copy the Duchess’ nose, but rather they use her features as an ideal starting point for basing a natural nose shape that fits the patient’s face. Other methods, such as facial fillers and Botox may be used to balance the overall shape of the face.

Other celebrity facial features that have been lauded for their perfection by plastic surgery patients include the cheeks of Cheryl Cole and the chin of Myleene Klass, which could be created using chin augmentation or facial filler injections.

For men considering cosmetic surgery, the jaw of Robert Pattinson, the lips of Ryan Gosling, the eyes of Zac Effron (which could be adjusted through blepharoplasty) and the nose of Jude Law are the most sought after facial features. According to a spokesperson from a prominent cosmetic surgery group, “People are choosing celebrities who are sophisticated and naturally beautiful.”