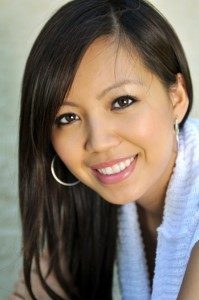 For many patients interested in cosmetic surgery who may be apprehensive to go under the knife, non-surgical procedures open many doors. Though injectables, microdermabrasion and laser technologies are recognized as fantastic non-surgical options for restoring youth to the skin, injectables can have another use—reshaping the nose.

Though a traditional rhinoplasty procedure requires incisions and a couple weeks recovery time, injectable rhinoplasty procedures are gaining traction, not only as an alternative to more invasive procedures, but also because they can be done quickly with almost no downtime and little bruising or irritation. While an injectable rhinoplasty cannot shave down unwanted bumps or reduce a bulbous tip, it can be used to build up the bridge of the nose, often making the nose appear more streamlined.

Although injection rhinoplasty is available to patients of all ethnic groups, StyleList has noted an increase in injection rhinoplasty among Asian patients. Though some may worry that this procedure is being used to “Westernize” the uniqueness of ethnic faces, cosmetic surgeons who perform the procedure want to celebrate the patient’s features.

“… I’m not trying to give these guys Barbie noses. I want to lift the bridge, but not change the ethnicity,” Los Angeles plastic surgeon Dr. Alexander Rivkin says. “Lifting the bridge brings the nose more into symmetry with the rest of the face. It also takes focus away from the tip, making it look less rounded and ball-like. Also, having a bridge means glasses don’t rest on the cheeks, but on the nose—a surprisingly common concern.”

In addition to often fixing issues with wearing eyeglasses, in some cases, injecting the bridge of a patient’s nose can widen the nasal passage for easier breathing.

The injection rhinoplasty is a relatively quick procedure, lasting around 15 minutes. Often using Radiesse, the surgeon will inject a filler into the bridge of the nose to create the desired result. The temporary effects of Radiesse can be visible for up to a year, while more permanent options, like ArteFill, may also be used at a higher cost.

To learn more about improving your profile through a variety of rhinoplasty procedures, contact Dr. Aboolian in his Beverly Hills practice.