Fake Botox Being Sold in the United States

With recent reports of fake Botox being sold in the United States, it is more important than ever to work with a cosmetic provider who is experienced with Botox Cosmetic and its uses.

According to a recent Reuters report

, the FDA has announced that this dangerous imitation is potentially “counterfeit, contaminated, improperly stored and transported, ineffective and unsafe.” For this reason, seeing an experienced cosmetic provider is of absolute importance, as these reputable locations will have long-term working relationships with their Botox suppliers, making them less likely to receive the fake Botox. 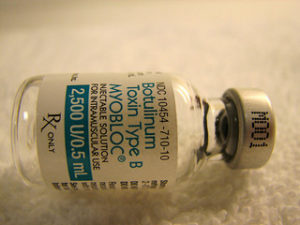 As the most popular cosmetic procedure in the world, Botox has also been extremely helpful in treating a range of medical conditions, in addition to its cosmetic uses for facial lines and wrinkles. It is also used for headaches, overactive bladder and underarm sweating, with almost half of its use for cosmetic purposes and half of its use for medical reasons.

The cosmetic uses of Botox have made it the gold standard of anti-aging therapy, with millions of people relying on it worldwide. It is often used as a part of combination treatments with dermal fillers, skin treatments and even cosmetic surgery such as face lifts, neck lifts and eyebrow lifts.

The widespread use of this treatment makes the spread of counterfeit medication a particularly dangerous situation. The FDA believes that more than 350 providers may recently have received this and other counterfeit products. The fake Botox seems to be coming from a specific company that markets itself as “Online Botox Pharmacy,” “Onlinebotox.com” and “OnlineBotox.”

In addition, this report has led to legislative action in the United States, with more action likely internationally. Bills hoping to improve the tracking of Botox and other medications have been introduced in both the US House and Senate, with the possible goal of tracing each unit individually.