Previous studies have shown that tummy tuck surgery, liposuction, and breast reduction surgery can all offer significant improvements to a patient’s quality of life. But what about breast augmentation surgery? According to a new study published in the July issue of Plastic and Reconstructive Surgery, it seems that breast augmentation surgery can also offer significant improvements in your quality of life. 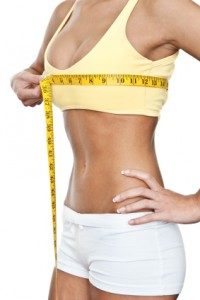 In fact, it seems that breast augmentation can offer a range of positive benefits, including improved satisfaction with one’s breasts, increased feelings of well-being, and enhanced sexual functioning. “Cosmetic breast augmentation can have a significant and profound positive impact on a woman’s satisfaction with her breasts [and] her psychosocial and sexual well-being,” write the authors of the report.

Breast augmentation is a surgery that involves increasing the size of a woman’s breasts through the use of silicone or saline implants. Hundreds of thousands of women undergo the procedure every year, and breast augmentation has become the most popular cosmetic surgery in the United States.

Satisfaction with breasts rose from 27 to 70 (from a scale of 0 to 100). Psychosocial well-being increased from 45 to 78, while sexual well-being rose from 35 to 72. These large gains are similar to the types of improvements seen after hip replacement surgery.

More than 80 percent of the women surveyed reported “significant improvements” in satisfaction in those three areas.

The researchers hope that the study results will change perceptions about the effectiveness of breast augmentation. “More than ever before, it is vital to provide reliable and valid evidence regarding patient outcomes of breast augmentation, especially… health-related quality of life and patient satisfaction.” They also hope that the questionnaire that was developed for the study might be used by plastic surgeons to evaluate patient satisfaction